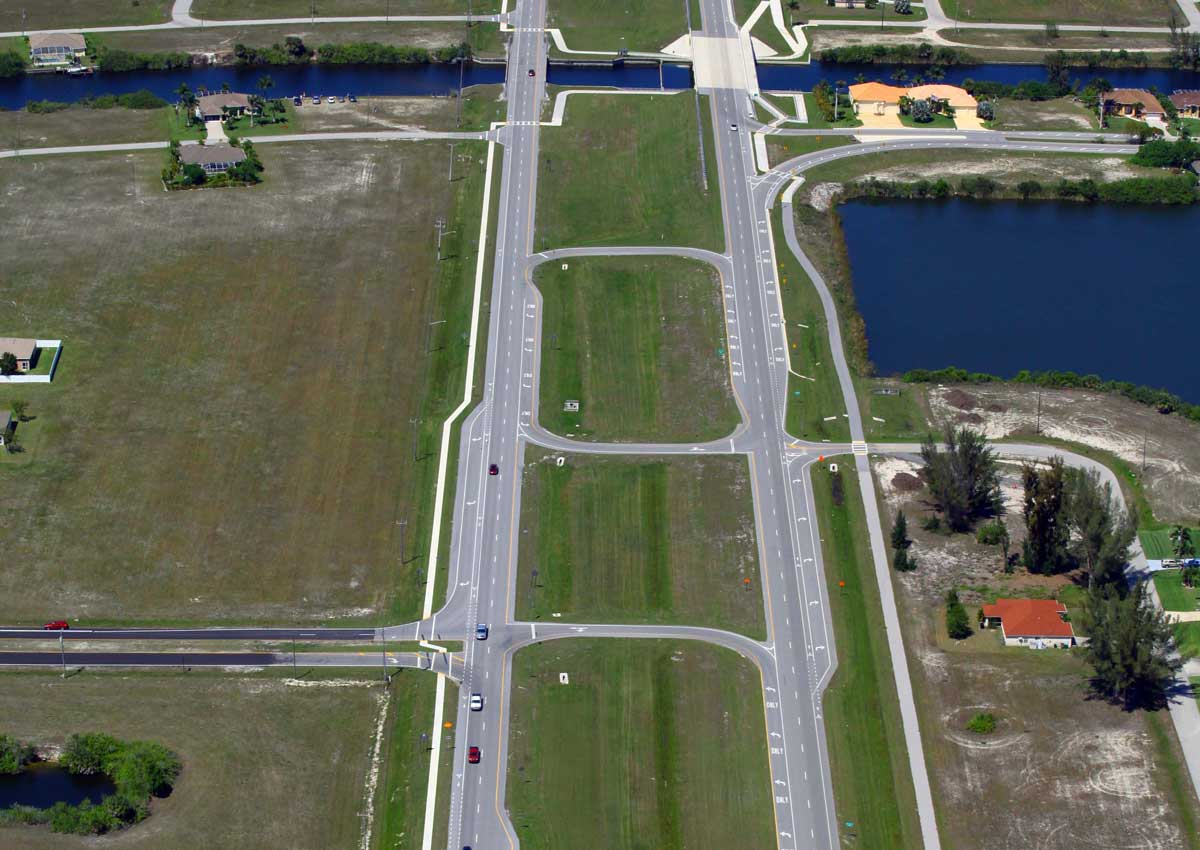 The widening of Burnt Store Road could move closer to the start of construction this morning when the Lee County Commission will be asked to let staff begin to negotiate a contract with HighSpans Engineering.
HighSpans is the top-ranked firm among four that sought the contract to provide construction engineering and inspections during construction.
“The item on Tuesday’s agenda is to approve the ranking of consultants to do the inspections during construction,” Lee Department of Transportation Director Dave Loveland said.
The commission’s regular meeting begins at 9:30 a.m. at the courthouse in Fort Myers. Internet access to the meeting is available at lee-county.com.
If a contract agreement is reached, the terms will be brought back to the commission for its approval. “There will be an additional process to solicit for and hire a construction contractor, with the goal of having that contractor on board by June 30, so construction would be expected to start this summer,” Loveland said.
There don’t seem to be any lingering issues between the city and the county to settle before the work begins, said Councilman Rick Williams, whose district includes the project.
“People have been very forthcoming with the schedule,” Williams said.
The first phase of the work is from Diplomat Parkway to Van Buren Parkway, according to Loveland. The second phase is from Tropicana Parkway to Diplomat Parkway and is scheduled in 2017. The third phase, from Pine Island Road to Tropicana Parkway, is scheduled in 2019.
Cape Coral was invited to participate in the selection committee that reviewed the applicants. The city listed HighSpans third on its preference list. But, but agreed with the county’s choice after more discussion, according to city spokeswoman Connie Barron.
Lee DOT project manager Sarah Clarke said she preferred HighSpans because it would have a structural engineer involved, who might be useful if any issues arise involving bridges along Burnt Store during the construction, according to a county record of the meeting.
“The choice is totally up to the county,” Williams said. “Everybody has things they like better than others.”
Burnt Store Road is a county road. Widening it will improve hurricane evacuation from northwest Cape Coral, Matlacha, and Pine Island. Burnt Store also is a major route between Charlotte County and Lee County. It ties into Veterans Memorial Parkway at Pine Island Road, which would allow a driver from Charlotte County to drive all the way to Lehigh Acres via Veterans, the Midpoint Memorial Bridge, and Colonial Boulevard.
Cape Coral will use the construction period to make improvements of its own, according to Barron. Sleeves that will be used someday to carry utilities will be installed under the road, and some weir-related equipment that is currently in the right of way will be relocated.
HighSpans is a firm based in Fort Myers and formed in 2007. Its projects include work on the Mike Rippe Parkway bridge over Alico Road, 24 bridges along a 30-mile stretch on Interstate 75, the downtown basin project in Fort Myers and the Collier County Gordon River Greenway.
The county hopes to use HighSpans for all three segments of the project, although today’s actions only cover the first one. The county has $2 million budgeted for engineering and inspection services for the first phase, $700,000 for the second and $1 million for the third.
The money is coming from tolls collected on the Cape Coral and Midpoint Memorial bridges, road impact fees, and state grants.
© 2015 CapeCoral.com, LLC All Rights Reserved Technical Implementation & Hosting by Smargasy Inc.