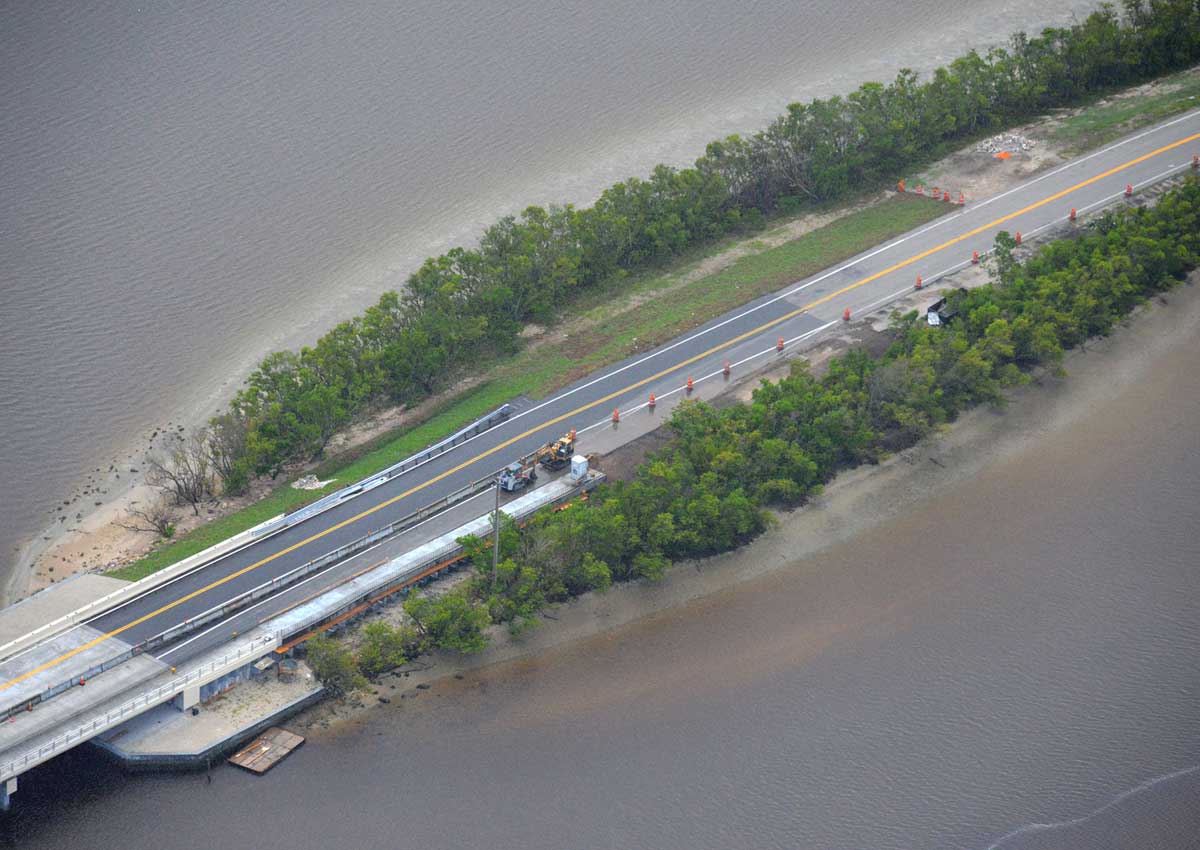 CHOKOLOSKEE –
A new year means new and expensive projects for Collier County taxpayers, as engineers begin plans to tear down a 60-year-old bridge south of Everglades City.
Residents and first responders said the bridge has become dangerous, pointing at the structure’s age, height and width as main issues. The 400-resident Chokoloskee community tucked far south in the Everglades about an hour away from Naples says they’re through with waiting around for help after years of asking for it.
“We are people. We are a nice, little community,” said Donna Hartman. “And I think we are forgotten a lot because we are small.”
Hartman’s family owns the Havana Cafe on the island where everyone is well aware of the island’s biggest problem – and it happens to be their only way on and off by car.
“It’s dangerous for boaters,” said Hartman. “When the tide is high, certain boats can’t go under, and it’s crumbling.”
Small fishing boats don’t have a problem, but it’s the taller vessels like the island’s fire boat that have a tough time — sometimes adding a half hour or more to response times, forcing emergency crews to circumnavigate the island to get to homes.
“It needs to be bigger so it can get bigger boats in there,” said resident Bruce Hitchcock.
The Board of Collier County Commissioners moved forward with replacing the bridge completely at a price tag of $8 million by hiring Kelly Brother’s as the contractor Tuesday.
“Eight-million dollars, you can get half-a-dozen people and a few pieces of equipment, and that’s the way it works. It’s just very costly,” said Kenny Brown, who lives and works on the island.
The bridge has already received recent improvements, like structural repairs to keep it open. But it is 11 years passed its lifespan and isn’t even near today’s bridge standards, according to the county.
The new structure will be taller, wider, and the existing seawalls will remain in place to both protect the banks and maintain a platform used by many for fishing during the expected 18-month project